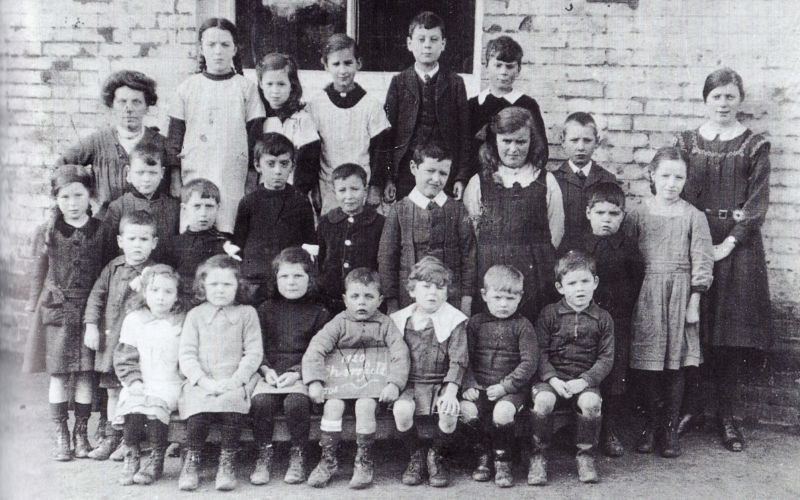 In this two part article, we take look at the Suffolk dialect with a view to Larn’un Suff’lk (learning Suffolk), understanding some of the many idiosyncrasies of grammar, the expressions and the reasons why Suffolk is sometimes ridiculed by furreners.

The standard English language as we know it today has evolved from the within the Cambridge, Oxford and London triangle. Over centuries, the English language has been standardised so that we ocan understand each another more easily, rather than having to cater for the many regional dialects.

The ancient dialect Anglo / Dane dialect of Suffolk is most certainly not a duzzy way of pronouncing ‘proper’ English. It came naturally. You learn it from birth and didn’t have to wait until you got to school where it was forced upon you. However, it is standard English and its grammar that had to be taught in schools, sometimes reinforced by elocution lessons. Perhaps standard English is a duzzy way of speaking Suffolk?

These phrases are common in Suffolk speech: This here (‘iss ‘ear) and that there (‘at ‘air). The plural is these here (‘eeze ‘ear) and them there (’em ‘air).

The difference in the two is that, ‘iss ‘ear and ‘eeze ‘ear are very close to or next to you. Whereas ‘at ‘air and ’em ‘air are further away. There is not a clear definition between ‘iss ‘ear and ‘at ‘air, because it depends on what the context is and where.

So it’s possible to have ‘at’ air, ‘iss ‘ear, but not ‘iss ‘ear, ‘at ‘air; it just wouldn’t make sense. Simple when it’s explained proper.

To confuse the issue, if an owd Suffolker is telling a story or tale, they may refer to the items they are talking about as ‘iss ‘ear. This enriches the story, as listeners can now imagine, whatever is being spoken about, being close by and next to, thereby creating an impelling yarn.

Often Suffolk speak, we replace the word ‘of‘ with ‘on‘:

On occasion the ‘of‘ replaces the ‘on‘.

Oi oilers goo t’ chuch of a Sundee. He goo t’ th’ pub of a Sat’dee. I trust this little section is now clear; Oi oon’t keep on a-splayn’n on ut.

Dew yew is a very common expression amongst Suffolkers. It is not a question, but instead an instruction. For example:

Dew yew keep a throsh’n (or trosh’n) was a common well-meaning expression when parting someone’s company. It translates literally into “Long may you keep a-threshing”. I.e. May you enjoy a long, healthy, active life. Threshing the corn being significant part of working the harvest season, so to “keep a throsh’n” is to say, “Keep on doing a good job”.

An anecdote example of how how dew yew can be misunderstood can be given by a school teacher. She came up from London and it was her first day teaching a Suffolk classroom of children. Midway through the morning she said to the class ‘Do you have a break now?’ All the pupils got up and started walking out of class.

The teacher in the next class heard the commotion and had to give the new teacher a lesson on Suffolk grammar.

See the Larn’un Suff’k Part 2 article where we cover plurals (or the lack of them), time and a few more anomalies.

For more on the Suffolk language, see the book Rum Owd Dew Huh by Charlie Haylock.