The Furrener and the Budget 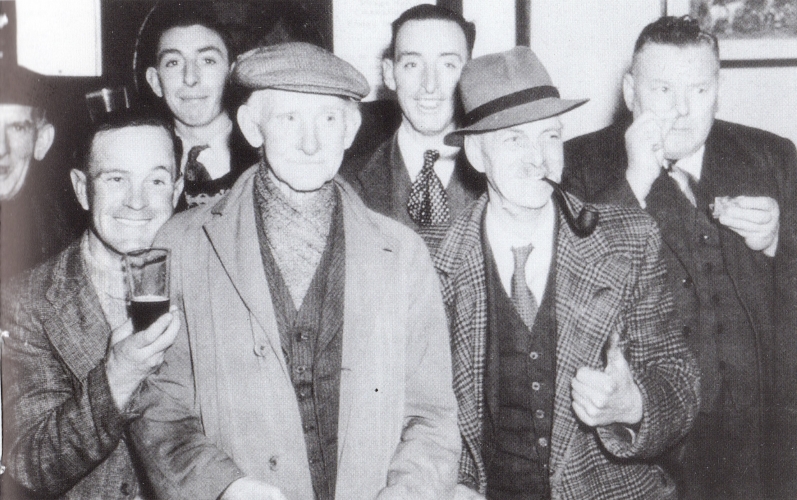 One autumn evening in a Suffolk pub, five locals – Darkie Deakons, Charlie Whymonger, Doody Parkes, and Tubal and Tinny Alecock were in a pub.

They sat close together in their corner, three by the fire and two next to the bar on the far side, opposite the door. No one else was in the public bar. A stranger came in, and instead of going to the vacant part of the bar, nearer the door, he entered the inner sanctum and stood between the two brothers sitting at the bar. He didn’t say ‘Good evening’, ‘Hello’, or anything – he just totally ignored them.

After a quiet lull in proceedings as the five locals eyed the stranger up and down, Darkie Deakons (so called because of his jet black hair and moustache, and his constant five o’clock shadow) said. ‘Cort enny rabb’ts laytlee, Chaarlie?’ The coded signal was given; the fun was about to begin.

The stranger ordered a light and bitter, turned to the locals present. and said, ‘Bleedin’ Chancellor!’

Stranger: He’s put the bleedin’ price of petrol up.

Stranger: Yeah. How do you know?

Stranger: But you don’t get as much petrol!

Stranger: But you don’t get as much petrol!

Stranger: But you don’t get as much PETROL!

The stranger finished his pint, looked at the serious-looking gathering in total and utter disbelief, and left very quickly. Suddenly, seven broad grins appeared on the faces of the five locals, the landlord…and you having just read this true story.

But. if the stranger had been polite in the first place and followed protocol. this story would never have happened … or would it?

Care of Charlie Haylock / Sloightly on the Huh