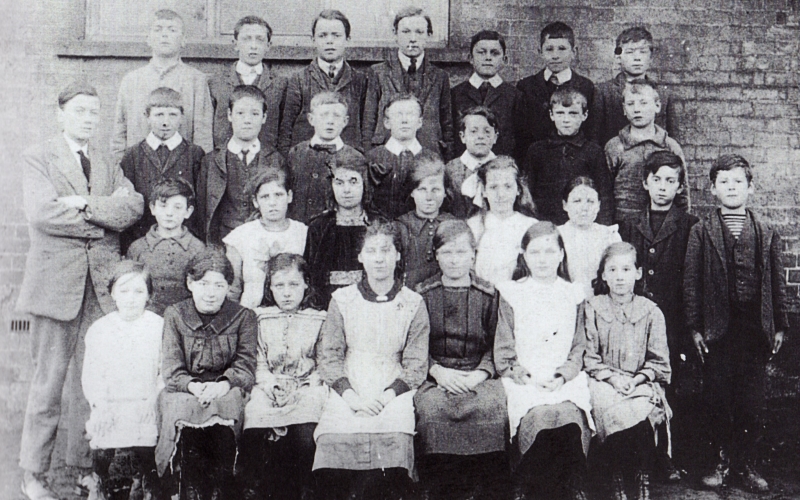 In learning Suffolk Part 1, Larn’un Suff’k (Part 1), we had an introduction to the Suffolk dialect and it’s quirks. Let’s now take a further look…

Plurals without the ‘s’

It is quite common for the ‘s’ to be dropped from the end Suffolk plural words. Equality, singulars are often used as the plural. Here are some examples:

In contrast, Suffolk is also famous for its double plurals. Sometimes docky, which is a mid-morning snack (so called because the farmer docked the pay for the break), is referred to as elevenses.

Likewise at 4 o’clock in the afternoon, when it’s time for beavers, it was sometimes referred to as fourses.

The Old English plural suffix ‘en’ is present in the English language, in for example, words such as men, women, children or oxen. In Suffolk, the older generation still drop a few more into their language:

Moy cat, she do ketch a hoof load a meezen.

When older Suffolkers recount a story where the conversation is the most prominent matter, the past tense (said) of the verb ‘to say’ is rarely used.

The Suffolk grammar, t’gather is a natural way to address to people. And therefore amuses ’em ‘air furreners.

If it was time to go out somewhere, whether there was just one other person or a group of multiple people, ‘come along t’gather would be the instruction. An Suffolker leaving the pub regardless of whether one customer remained or many, they would still say, ‘Cherrioo t’gather‘.

An amusing story is when a posh London school sixth form went on an overnight field trip to East Suffolk. At the accommodation, the girls were in their dormitory and the boys separately in theirs. In the morning, when all the boys and girls were rejoined and sitting down to breakfast, the Suffolk cook Said to everyone, ‘Hoop yew awl slept well t’gather‘.

Did she know more than she should have done? Anyway, Haps we move along t’ th’ next section t’gather.

Toime is often used for ‘until’, ‘while’ and ‘before’.

Bee’n (being) and oonly (only)

These two terms are often used to introduce a cause or an explanation.

Commonly used in place of ‘very’ or hully/hooly and appears regularly in Suffolk speech.

My dear mother used to do the weekly crossword in the local paper. When she was stuck on a particular word and asked me for help, and where she some letters in the answer, she would say “tew across… noine letters: suffen, suffen, N, suffen, U, suffen, suffen, suffen?“.

Shew instead of showed

In English we have several past tenses ending with the letter ‘ew’ For example: grew, threw, drew, flew and knew. These are the last remnants of Middle Ages English, especially for verbs ending in ‘ow’. Since the Middle Ages, most of the ‘ow’ ending verbs took on a normal past tense with the ‘ed’ suffix (bowed, flowed, towed). But in Suffolk we stuck with the Old English form.

It is fair to say that Suffolkers get corrected more times by outsiders for saying shew than for any other word or phrase. Other examples of ‘ew’ are:

These two little words will distinguish an owd Suffolker immediately.

He dussent cheek th’ maarster, else he’ll git a clip a th’ lug.

Many of these Suffolk expressions and usages are left over from Olden or Middle Ages English. It is possible that Suffolk has held on to more Old English / Anglo Saxon words than any other dialect.

For more on the Suffolk language, see the book Rum Owd Dew Huh by Charlie Haylock.